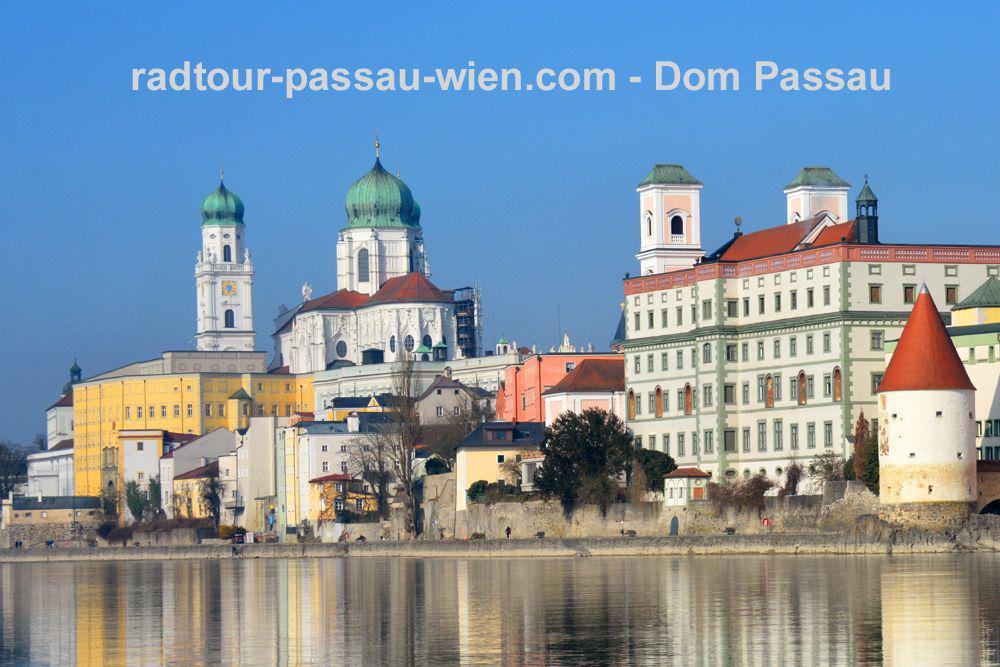 This distinctive building towers magnificently over the historic centre of Passau - the town with a southern-style flair. Seemingly High Baroque, it is actually a successful mix of Gothic and Baroque buildings, masterfully rebuilt after the city’s fire in 1662 by Carlo Lurago. Today’s cathedral was preceded by many buildings, which even date back to a Roman Garrison church in the 5th Century, and reflect the significance of the diocese, which spread as far as the Congress of Vienna as a secular state and, as an ecclesiastical institution even surpassed Vienna, stretching to the Hungarian border. 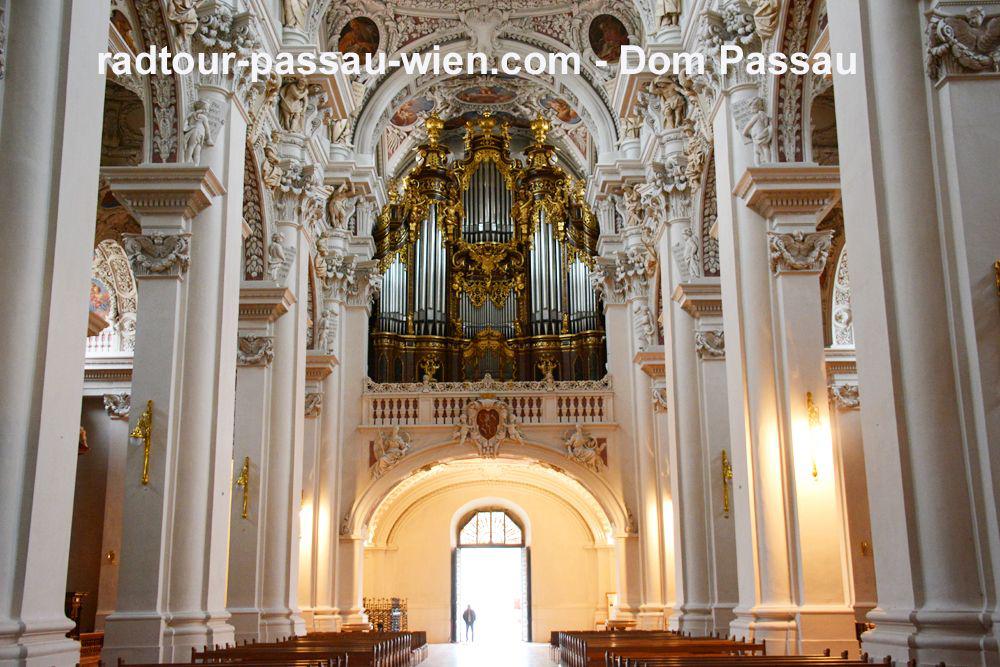 The interior of the cathedral is magnificent and also dates back to the 17th Century. Most well-known are the 5 organs, one of which is in the roof. They can all be played from the central organ and feature some 18,000 pipes. It is the biggest system of organs in Europe. 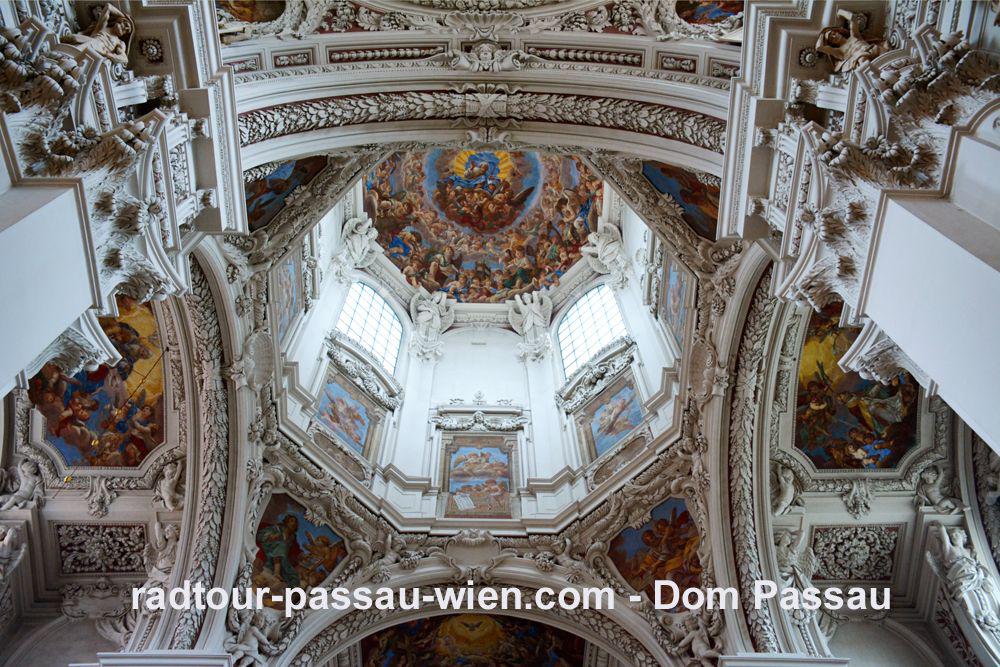 The cathedral in Passau seen from the inside